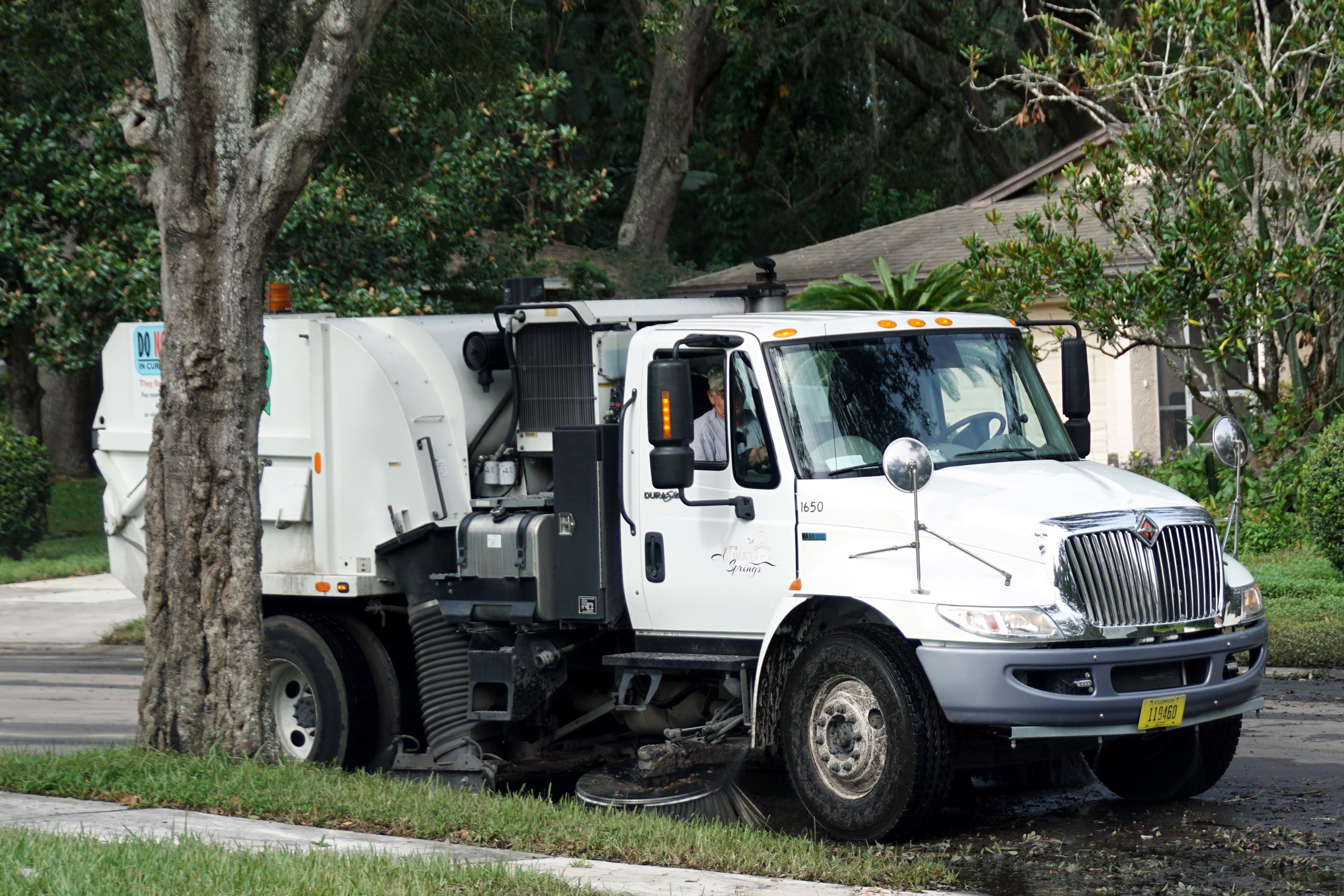 The City of Altamonte Springs’ city-wide street sweeping program cleans city streets to aid in eliminating materials from entering our storm drains. If storm drains are not kept free of debris, they can clog and eventually cause flooding. Sweeping the streets also prevents many particulates from entering the stormwater system, eventually polluting our lakes and streams.

The City’s street sweeping program has two employees and two sweepers dedicated to the removal of debris. The sweepers utilize water to keep dust at a minimum. On average, our two sweepers clean 2,298.5 miles of curb, removing approximately 1,101,820 pounds of debris annually.

Street sweeping services are delivered by the Stormwater Division on a regularly scheduled basis in residential areas. In heavy leaf drop times, sweeping frequency is increased to attempt to capture leaves prior to their entering the storm sewer.

Homeowners can do their part year round by collecting leaves and grass clippings from their yards and placing them in containers on a regular basis. In addition, homeowners should advise their lawn maintenance companies not to blow leaves into the curb lines or streets.

Street sweeping is performed on primary roads located within the city limits of Altamonte Springs. This is accomplished during non-peak times of the day in an effort not to impede traffic flow.